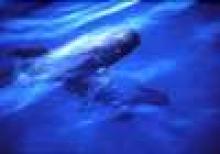 This past weekend a mass stranding of pilot whales resulted in the loss of 175 whales to spite the best efforts of many who tried to rescue the struggling animals who were beached in two separate stranding incidences.

The first of the two episodes occurred on the coast of the North Island's Coromandel peninsula in New Zealand where around 63 whales came ashore in the shallow waters where they became stranded, unable to get themselves back to the open sea. A large number of tourists and conservationists worked diligently to save the whales, covering them and keeping them wet and hydrated while swimmers worked to gently move these amazing animals back out to the open water. Fortunately their efforts were able to save around 43 members of the stranded pod, but the remainder were lost.  Those that were rescued were seen swimming back out to sea on their own and appeared to have positive signs of recovery.

Near by on New Zealand's South Island, another group of whales were also beached and unfortunately they were not as lucky. The whales had been out of the water for far too long and the entire group of 105 whales died.

No one is quite sure what caused the whales to become stranded; however, similar strandings around New Zealand shores are quite common during their summer months when the whales are traveling from the colder Arctic waters to the warmer breeding grounds of the south. All of the whales that stranded in this particular incident were pilot whales, a toothed whale that can grow to be a length of up to 20 feet and weigh over a ton.