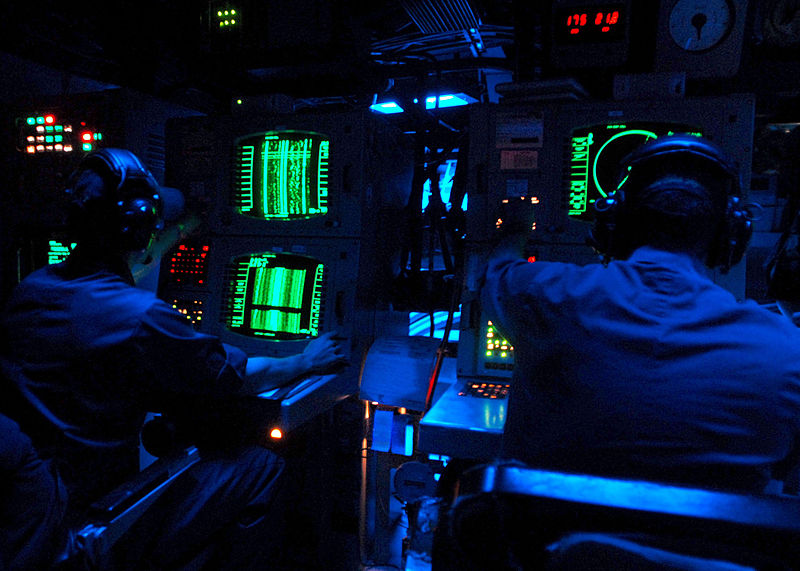 The U.S. Navy just had a plan approved by the National Marine Fisheries Service (NMFS) that will allow them to continue with their goal of blanketing approximately 75 percent of the ocean floors with sonar.  Considering that sonar has been proven to be potentially dangerous to whales, dolphins and several other marine species, this could be a huge problem.  Others see the same way and the Natural Resources Defense Council (NRDC) has banned together with other conservation organizations and is taking the navy to court to try to stop the program.

Their argument is that the NRDC is supposed to be protecting whales and that by approving the navy’s plan they are effectively working in the opposite direction.  The navy plan calls for a small area (around 25 percent) of the ocean to be designated as “conservation zones”, but the NRDC is saying that this is far from enough for the migratory creatures who will likely end up straying into the sonar’s field on a regular basis.  Their conclusion is that these sonar plans are a direct violation of the Endangered Species Act.

Sonar is one of the most debated areas right now when it comes to whale conservation.  It is known that under the effects of sonar whales become confused and may not be able to hunt, navigate, communicate or even breed.  Effects on many other marine creatures are similar.  This creates a potential for mass deaths among whale populations, not only in U.S. waters but across the globe.

I have to wonder at how the navy could get away with something like this in the first place.  Even if only a small percentage of whales around the world ended up dead, it would still spark a debate about the legality of the U.S. blasting other territorial waters with sonar.  Threats to tourism and action from conservation groups would likely shut the program down almost as soon as it had begun.  I suppose the only thing we can do now is to sit and wait, hoping that they come to their senses before serious damage is done.